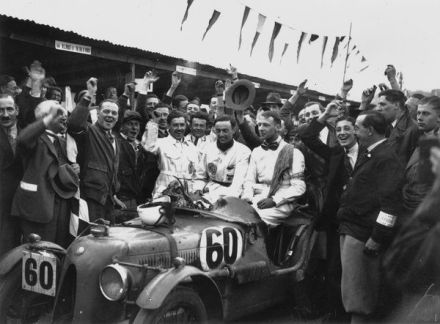 Every once in a while the S&G chucks an anachronism into the mix. This is a blog, after all, that has its roots in the age of adventure when land, sea and air were conquered by internal combustion, rather than the comings-and-goings of today.

One thread to have run continuously between our present age and that described on these pages has been the commercial sponsorship in motor sport  – and that thread is about to be broken. No longer, it would seem, do feats of derring-do appear to be properties of interest to people with products to sell.

Earlier this month it was announced that the quest to run Bloodhound, the vehicle intended to elevate the Land Speed Record beyond  1000 mph, was going on indefinite hiatus with a £25 million shortfall. This after 10 years of hard graft and the construction of a ‘viable racing car’ for the job from the team that had built the world’s only supersonic car… it was very sad news indeed.

It seems that the sheer achievement embodied by Bloodhound, the pinnacle of arguably the motoring world’s longest-held honour, was simply lost upon our risk-averse society (and, of course, there would always be someone with a placard and corduroy headwear who would bark that the project’s carbon footprint was unforgivable).

Meanwhile, in November this year, a marathon Formula 1 season will drag wearily to a close in Abu Dhabi and it will mark the last time that we will see cars carrying the colours of a company, Martini, which is only there for the association with the sport. One or two very expensive stickers may yet cling to the caché of Ferrari, but a remarkable era has now closed.

Commercial sponsorship began in America, when manufacturers of engine components, fuel and lubricants paid teams to put their name on the cars that used their technology. Soon other products began to appear and cars became candy-coloured advertisements whilst in Europe the tradition of national racing colours was preserved for more than half a century.

It was when these cultures collided in the late 1950s that things began to move on a little. At the Race of Two Worlds, Stirling Moss drove a Maserati that was sponsored by Eldorado ice cream. Shortly thereafter British teams like Lotus, Cooper and Lola went to the States and found life rather more lucrative than it was in Formula 1 in return for placing a few stickers on their coachwork.

The FIA permitted overt corporate branding to be on cars from 1966 onwards, and one of the earliest beneficiaries was Porsche, which very soon sported Martini colours on its cars at races like the Targa Florio. Meanwhile in Formula 1, Lotus took the final step into the unknown when it repainted its green-and-yellow cars as Golf Leaf cigarette packets.

For the next 30 years, the global motor sport economy became based on the two founding pillars of corporate sponsorship: booze and fags.

These were products that sold aspiration and lifestyle, thus they were quickly followed by fashion houses, parfumiers, glossy magazines and property companies. Greed was good and by the zenith of the 1980s there was the rise of personal technologies – hi-fi stereos, cassette tapes, computers, dishwashers, microwaves – that lavished funds on jostling for space in this most rarefied of soukhs.

Look at any car in any series from the 1980s, from Formula 1 to rallying, sports cars to NASCAR, and be amazed by the carnival of colour, bravado and money that was circulating on that gleaming coachwork. But then as the shoulder-padded 1980s emerged into the plaid-shirted 1990s, cigarette advertising was finally stubbed out and the Internet happened. 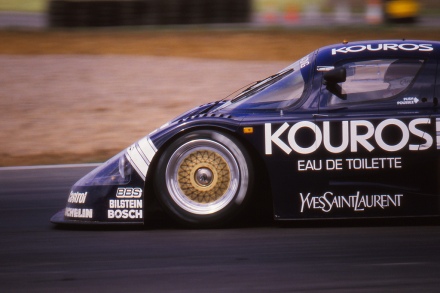 People suddenly became more interested in describing what they had for breakfast on social media rather than being amazed by mankind’s bravery and ingenuity. Meanwhile, motor sport tried and failed to replace its lost sponsors.

Banks briefly filled the void but then most of them went bust, while telecoms companies were briefly wooed only to decide that creating ad broadcasting their own ‘content’ was better than providing cash for somebody else’s carnival.

Time and again in the last couple of decades, smart and sassy marketing men have been hailed as the people to usher in change and new fortunes to motor racing. But they they’ve simply been over-remunerated and over-hyped passengers who have taken out far more than they’ve brought in.

Look again at the brand names that appear on competition cars today, and almost without exception they are suppliers to the motor manufacturers. It’s called defensive spending: maintaining multi-million dollar global contracts by investing a couple of those millions back into supporting their customers’ sporting ambitions. Our world has got smaller and within it motor sport has dwindled to a point where the impact of sponsorship is measured in the ringbound files of procurement policy.

National racing colours may not have returned, but strip away today’s jazzy graphics and 99 per cent of what’s left is the same sort of sponsorship that would not be out-of-place on a Duesenberg at Indianapolis – while the only major investment in motor sport is being made by governments who wish to employ four-wheeled ambassadors.

Snazzy graphics mask the paucity of outside investment in modern racing

So if the departure of Martini can be seen as the end of an era that goes back to the mid-1960s, it appears that in many ways the sport’s future is to be rooted somewhere closer to the 1930s (aside from breathtaking Land Speed Record attempts, of course). It seems that a circle has just completed itself.