Out in the middle of the Mediterranean you can find a beautiful, locally-restored Mk.IX Spitfire among a wealth of aircraft at the Malta Aviation Museum.

This aircraft, serial EN199, was first flown at Eastleigh on 28 November 1942 and within two weeks it was packed aboard the MV Marsa and shipped in a consignment bound for Gibraltar, where it arrived on 13 January 1943 and was quickly reassembled.

She was ferried to North Africa on 29 January 1943 and became the personal aircraft of noted ace Wing Commander Ronald ‘Ras’ Berry D.F.C., whose initials were worn as her identifying code the fuselage. She took part in the Allied Operation TORCH landings and subsequent Tunisian campaign and fought on until the Axis surrender in North Africa.

She was then flown to Malta in time to take part in Operation HUSKY, the invasion of Sicily with 1435 Squadron, later transferring to 225 Squadron after the allied forces leapfrogged on to the Italian mainland. She survived the rest of the war in Italy and returned to Malta to perform peacetime duties with the Air Sea Rescue & Communications Flight at Hal Far airfield and, later, with 73 Squadron at Luqa – today’s Malta International Airport.

EN199 ended her career in a gale, during which she was blown into a ditch at Luqa and struck off charge as being beyond economic repair. Later she was presented to the local Boy Scout troop and from there seemingly got shipped from pillar to post around the Island until 1992, when local historian Ray Polidano gathered up the by-now rather hangdog airframe and started a restoration which saw her reappear in her original desert camouflage colours as ‘Ras’ Berry’s R-B.

For more information on the Malta Aviation Museum visit the website. 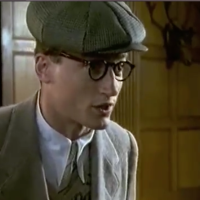 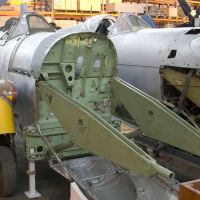