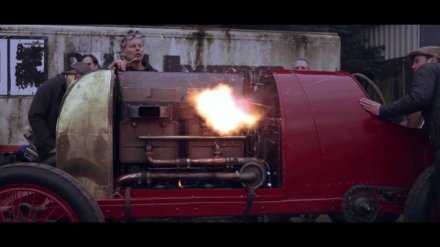 The Internet is currently abuzz with the restored/scratchbuilt thunder of the 1911 Fiat S76, brought back to life in the film The Beast of Turin. If you haven’t yet savoured the full violence of 300 horses blasting out of 28 litres capacity from four gigantic cylinders then feel free to amaze yourself here. It’s hypnotic stuff.

Big Fiats are something wholeheartedly approved of at the S&G – and so too are contemporary movies. So it was that the rip-snorting sound of the S76 set my mind on a path to no less a place than Hollywood in 1914, where the great impresario of the day, Mack Sennett (of Keystone Cops and ‘Mack and Mabel’ fame), actually had a slightly less manic Fiat Grand Prix car as his personal transport.

Sennett was regularly seen careering around California with his great star, Mabel Normand, riding shotgun. And, in a world where anything which came to hand usually ended up in front of the cameras, a Keystone movie was duly made which featured the car.

Entitled Mabel at the Wheel, this was quite an extraordinary movie. Sennett’s car was regularly entered in racing events across the USA at the time, and thus fitted right in to the chosen backdrop: the Vanderbilt Cup qualification race in Santa Monica, which was held from 26 to 28 February 1914 with the Keystone cast of clowns and cameramen in attendance.

Much like Steve McQueen’s Le Mans, therefore, what we are presented with in Mabel at the Wheel is a fictional story overlaid on real race footage. We are also presented with Charlie Chaplin – who, in only his tenth film appearance, takes completely unfamiliar role as a villainous dandy rather than a loveable tramp.

The plot is very much of its time. After an argument with her racing-driver fiancé, Mabel courts the attentions of Chaplin and takes off with him on his motorbike – but falls off, and reconciles with the racing driver. Chaplin then plots his revenge… and if nothing else, you should skip to around the 12 minute mark where he pulls off an outrageous stunt in those pre-special effects days of a century ago:

It’s an enjoyable little yarn – albeit far removed from the quality of Chaplin’s ‘Tramp’ canon – and brings with it a hint of the sheer fever that open road racing had 100 years ago. But it is also the start of a story which will carry us from Hollywood to Indianapolis and the Western Front this Christmas… so stay tuned to find out more about Mack Sennett, his big Fiat and its impact on land and air in the age of adventure. 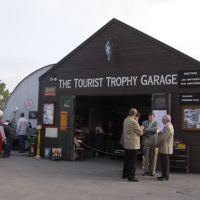 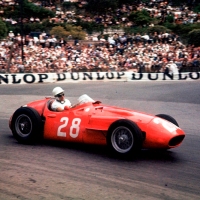